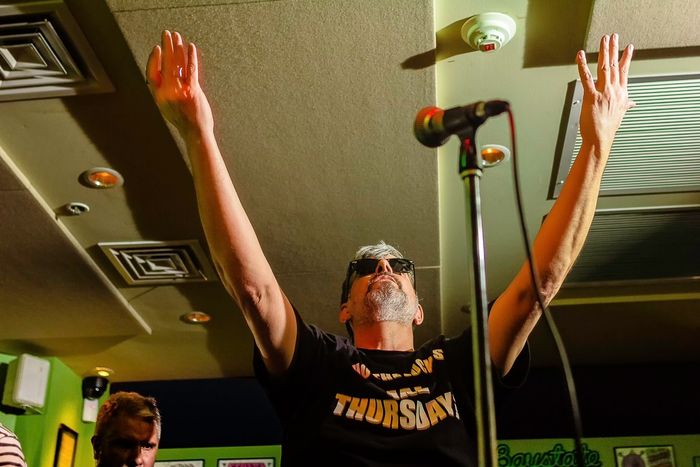 Mal Thursday was born in Dallas, Texas. He spent his childhood five miles from the Canadian border in the frozen wastes of Upstate New York, relocating to Western Massachusetts in the '80s for his college years and another decade and a half of post-graduate hangover that included five years, two albums, and an EP as lead singer and organist with the Malarians; seven years and a couple of 45s fronting Mal Thursday and the Cheetahs; 15 years and 30-plus releases as CEO/Sole Proprietor of Chunk Records, with releases by Guided By Voices, Lyres, DMZ, Sebadoh, Silver Jews, Scud Mountain Boys, and New Radiant Storm King. Mal also had a celebrated run as host and programmer of the "Bay State Cabaret" at the Bay State Hotel in Northampton, Massachusetts, a legendary live music venue of the mid-'90s.

In 1987, "The Mal Thursday Show" debuted on WMUA-FM in Amherst, Mass., initiating an on-again, off-again career in radio and television, with stops at WRSI, WFCF, WSOS, WQXT, and WFBO. The show is now syndicated, with its flagship station in London. In 2003, Thursday created  and co-produced (with music historian Jeff Lemlich) the syndicated radio series 'Florida Rocks Again!' –  which later moved online, where it found an international audience as a podcast on the GaragePunk Pirate Radio Network. The show continues to air on Surf 97.3 FM Flagler Beach (streaming at www.flaglerbeachradio.com). 'The Mal Thursday Show' was revived as a podcast in 2007, when Mal relocated to Austin, Texas. In 2010, 'Mal Thursday's Texas Tyme Machine,' the Texan variation on the regional approach established by 'Florida Rocks Again!' was spun off as its own show, as well as a floating concert series, presenting shows at such Austin venues as Antone's, Alamo Drafthouse, Doc's Backyard, Uncle Billy's, and The Highball. 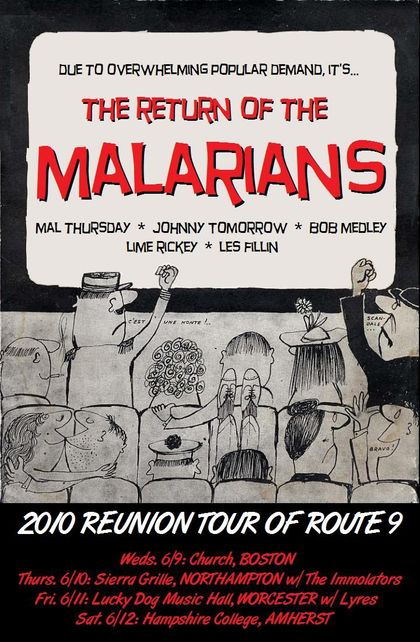 Mal returned to the stage when the Malarians re-assembled for the "2010 Reunion Tour of Route 9," sharing the stage with Lyres, The Coffin Lids, and Eugene Mirman. He continued to rock upon his return to Austin with the Texas Garage Project, an all-star show band, and as Paul Jones in Malfred Mal, a Manfred Mann tribute act.

2013 saw the long-delayed release of the 1992 "It's All Going By Too Fast" album from Mal Thursday and the Cheetahs, plus the digital re-reissue of the Malarians' 1986 '"In The Cool Room" album, the deluxe CD reissue of 1988's "Know" EP and the 1989 live recording "Finished in This Town." Mal's cover of the Moving Sidewalks' "99th Floor" from the "Texas Crude" sessions is included on the compilation albums "B & C-Sides from Rádio Momento 60," alongside such garage greats as The Electric Prunes, The Fuzztones, and The Headless Horsemen, and "The Best of The GaragePunk Hideout, Vol. 10." 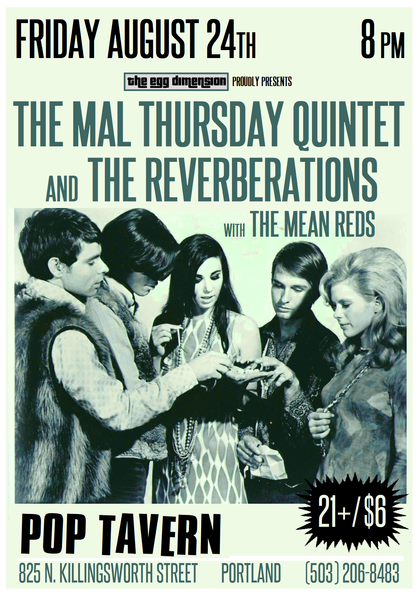 2017 saw Mal Thursday return to live performances with The Mal Thursday Quintet, with three geographically distint "Chapters" in New England, the Pacific Northwest, and Texas. The concept is a cross between the "Chuck Berry Method" of touring and an outlaw biker gang.

The Daily Hampshire Gazette called Mal a "local legend" and a "funky strutting bird." 2018 saw more live action, with both the New England and Pacific Northwest chapters of the Quintet, including an appearance at the 4th annual Freak Out Weekend in Seattle alongside The Boss Martians, Freddie Dennis, The Alan Milman Sect, The Fall-Outs, The Knights of Trash, The Reverberations, and The F-Holes.

The Quintet released the double A-side "The Other Side of This Life"/"Don't Want You Either" in January 2019. "Standing on the Corner," a live track featuring F. Alex Johnson (Colorway, Drunk Stuntmen) on lead guitar, is available on the career-spanning anthology "Mal Thursday's Greatest Hits That Missed."

The New England line-up includes Mal's longtime collaborators Frank Padellaro and Bob Medley, as well as guitarist Greg Saulmon and drummer extraordinaire Brian T. Marchese. "Joke's on Me," the title track from the Quintet's new 4-song EP, is easily this line-up's finest recording to date. The New England chapter is also featured on the EP's two live tracks, recorded in 2019 at the 13th Floor Lounge in Florence, Mass.

The Pacific Northwest chapter is better known as The Reverberations, out of Portland, Oregon. DAVE BERKHAM doubles as guitarist and engineer, bringing the fuzz on such tracks as "Don't Want You Either" and "Rotting."

Mal lives in Austin. He has a son, LBJ, a daughter, Tuesday Ann-Margret, and two ex-wives. 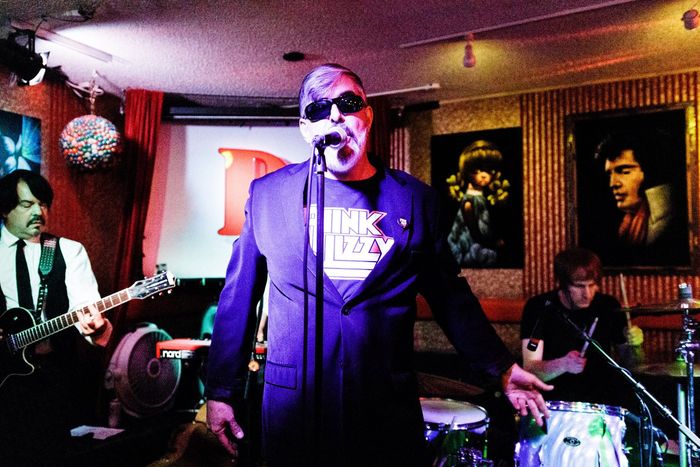