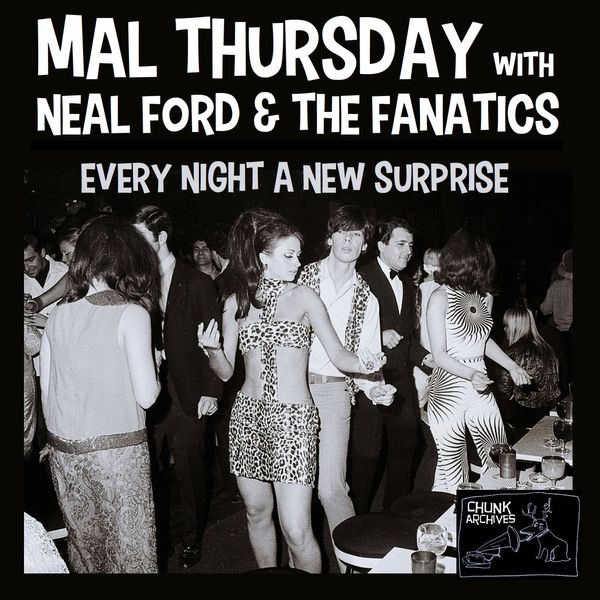 Mal Thursday has never really "gone solo," always preferring the group construct, even if he has generally insisted on creative control over the "band."

This time out, Mal adds sneerin' lead vocals and harmonica -- recorded in Austin in 2019 -- to a heretofore unfinished Neal Ford & The Fanatics backing track, recorded in Houston in 1966.

"Every Night a New Surprise," the Steve Ames composition ultimately given to The Moving Sidewalks for a classic B-Side (that was better than the A-Side) in the heady days of '67. A Texas Rock Classic, here presented in a time-travelin' crossover with Mal and the Fanatics. Dig: